YO!
We finally got some Catalyst items back in stock.

Day Of Suffering - the eternal jihad LP on black wax

Gather - beyond the ruins LP on clear wax

Check it all out in our store.

Straight Edge is coming to Cologne

The good folks over at STEPDOWN have a little something for you: 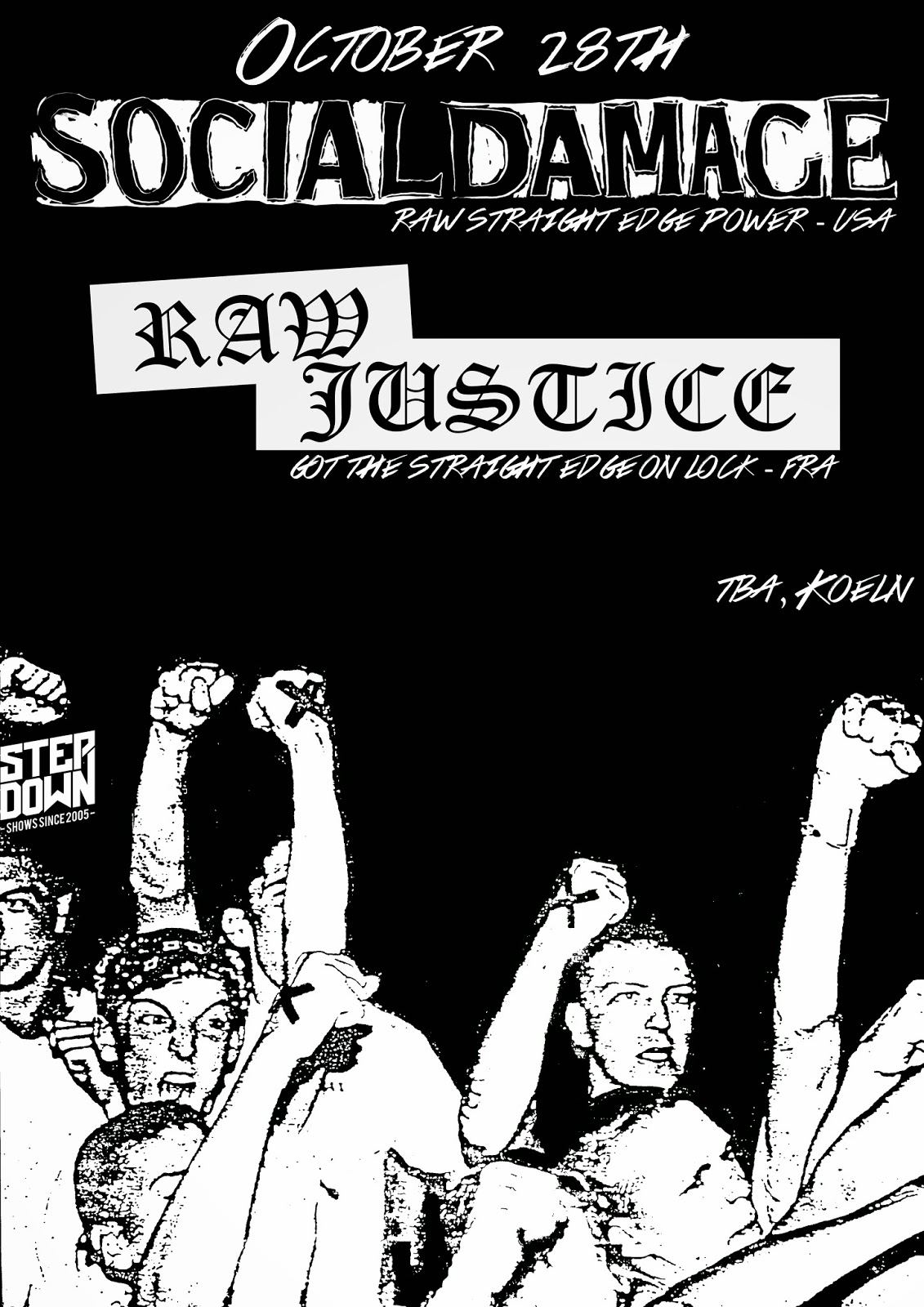 So far they couldn't find any local support but are still working on it.
If you know someone get in touch with us or them.
For more info and updates go here.

both bands have the following new records available for pre-order here.


or get their earlier material from us:

you don't have to believe...

... but the new Punch LP is available from us as of now.

SOCIAL DAMAGE and DOGCHAINS 7"es just came through the door and are available from our shop as of now thanks to STRAIGHT & ALERT Records.
The RAW JUSTICE 7" on S&A is also still available.

What a shitload of work that was. Again. But hey... you want it to look good, well that don't come from nothing. We think the Tapes came out beautifully except for this tiny little flaw. Actually it's not a flaw but a fuck up on our behalf. Somehow we designed them to be GIHC.003 which they are NOT. Don't ask.... The Hangin' Tough 7" is no. 3. TØRSÖ - 3 pezzi Tape is GIHC.004 despite what it says on the cover. At least we got it right on the included label flyer.


In other news we restocked on those TRENCHES demo tapes that sold out so fast the first time around. Those copies again are from the batch that was RELEASED BY THE BAND and we got a few buttons with them. First come first serve.
We heard there's a euro pressing of that out now too but we don't have any of those.


Last but not least we found some more PUNCH SHIRTS that were in a box which was supposed to only be holding records. So there are more of the LIVE + SNAKE DESIGNS online. DIFFERENT SIZES this time around.

Go check everything new in the store!

we might have said before that we'll be getting the new PUNCH LP but now we have ordered our copies. So expect them to go live in our shop at about the same time they do anywhere else.

TØRSÖ are currently touring europe and we are working hard to get the euro version of their '3 pezzi' Tape out to you folks. if the tape company doesn't fuck it up we'll be having copies at their show in Cologne this wednesday and the band will then take a bunch on the road. cross your fingers 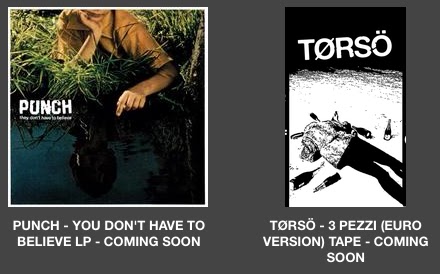 If you pay attention to our updates you will know that we had HYSTERICS shirts available before they went on tour through europe. Well, that tour is over for a bit now and we got the leftover shirts back for everybody who missed out for whatever strange reason.

PUNCH are back home as well. They made a trip to South America as you most likely know and we got some of the leftover merch.

Check everything new in the shop here.

In related news the upcoming PUNCH - THEY DON'T HAVE TO BELIEVE LP will be available from us sooner or later but we are not doing any pre-orders as we don't know yet how many and what color vinyl we will be getting. If you want a certain ltd. version I suggest you order from Deathwish Inc. directly. 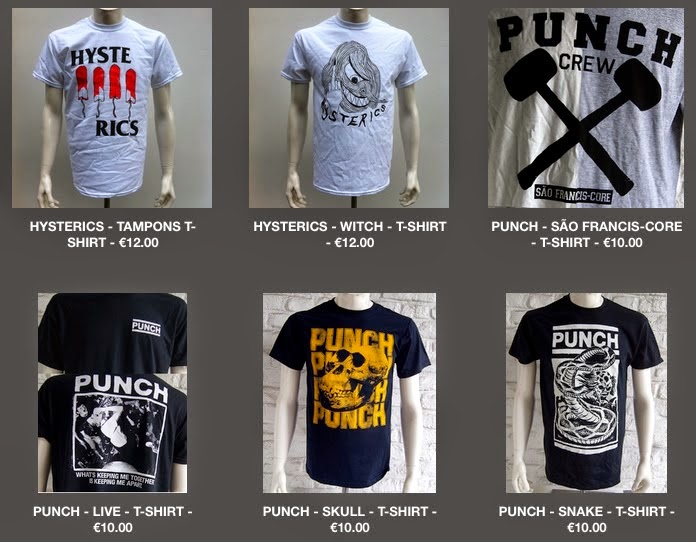